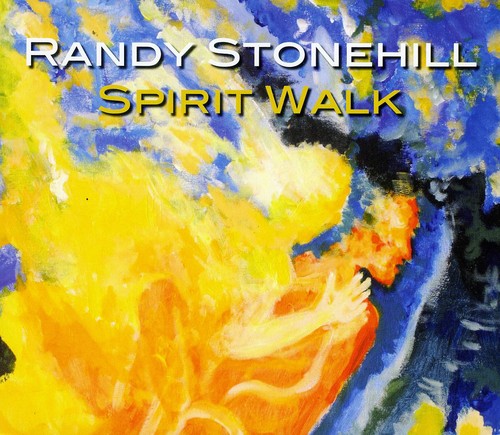 Randy Stonehill / Bio Forty years after the release of his first album (Born Twice 1971) Randy Stonehill has done a very remarkable thing for a music artist. He has created an album of new songs that is both fresh and (dare I say?) his best. This is a particularly audacious opinion when you consider his previous 23 albums and such enduring songs as "King of Hearts", "Shut De Do", and "American Fast Food". But these new songs have a weight about them, a gravitas of experience only hinted at in his previous work. So that, in whole, Spirit Walk, strings together songs that only a veteran of a steady walk with Jesus over many years could sing with such conviction. But while wise they are also witty and playful - with a quality of fun that Randy Stonehill has never outgrown. The story of Randy Stonehill coming to Los Angeles in 1970 to apply for the job of "rock star" but finding Jesus instead has been told and retold innumerable times - often by Randy himself in songs like "Norman's Kitchen". His friendship with Larry Norman throughout the '70s has been celebrated in tunes and liner notes and more recently examined in the documentary film Fallen Angel. The contribution of this singer & songwriter over these forty some years has been substantial - in first pioneering popular rock music with a Christian point of view and later demonstrating a consistency in holding to the faith through the trials and tribulations of ordinary life. Randy was nominated for a Grammy Award in 1985 for his duet with Amy Grant and in 1988 CCM Magazine acclaimed his 1976 album Welcome to Paradise as among the top three most influential albums in the contemporary Christian genre. A parade otf creative and gifted producers have worked with Randy over the years including: Larry Norman, Terry Scott Taylor, Barry Kaye, Dave Perkins, Mark Heard, Jimmy Lee Sloas, Rick Elias, Bob Kilpatrick, Phil Keaggy, and Mike Pachelli. Spirit Walk is the second album Mike Pachelli has co-produced for Randy Stonehill - after Paradise Sky (2008). His contribution of bluesy guitar and authentic American production complements these songs and gives a quality of authority to the wisdom Randy sings. Randy Stonehill has embarked on an acoustic World Tour with the release of Spirit Walk on September 20, 2011. He will be joined along the way with like-minded artists sharing the stage including Jodi King ( 7 cities in Ontario, Canada), Ralph Van Maren & Sharon Kips ( 6 cities in The Netherlands), Casting Crowns (4 cities in Australia & New Zealand). Tour will continue through 2012 - for more information contact Ray Ware at rw@waremanagement.com.