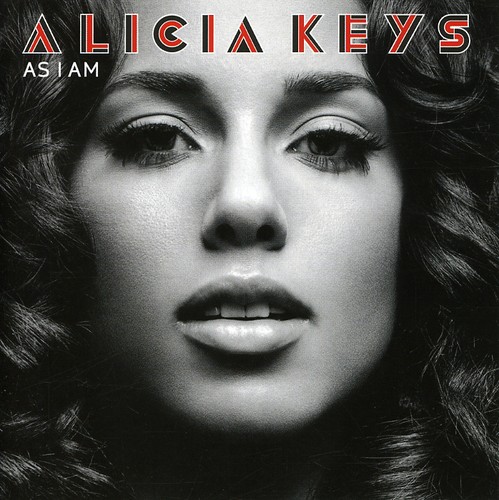 As I Am
Artist: Alicia Keys
Format: CD
New: Not currently available
Wish

On her most innovative album to date, Alicia Keys collaborated with some major hit makers, including Linda Perry, Jack Splash, Mark Batson and her Krucial Keys production partner, Kerry Brothers. Influenced by everything from hip-hop to soul to rock to classical, As I Am is a collection of music with no boundaries.

''As I Am'' is the third studio album by American R&B and soul musician Alicia Keys, released November 13, 2007 on J Records in the United States. Recording sessions for the album took place at various recording studios during 2005 to 2007. Production was handled primarily by Alicia Keys, Kerry "Krucial" Brothers, Jack Splash, and Linda Perry, with a guest contribution from musician John Mayer.

The album debuted at number one on the US ''Billboard'' 200 chart, selling 742,000 copies in its first week, and eventually earned triple platinum certification from the RIAA. It became an international commercial success and produced four singles that achieved chart success, including "No One", which became the most listened song of 2007 in America. Despite mixed criticism towards Keys' songwriting, ''As I Am'' received generally positive reviews from most music critics and earned Keys several accolades, including three Grammy Awards. It has sold over five million copies worldwide. - Wikipedia

Speaking of performers who acquitted themselves just fine at the Video Music Awards, here's a young lady who wasn't desperate for a comeback or positive buzz. Alicia Keys has already had the record-buying public and Grammy voters eating out of her hands since 2001 megahit debut Songs in A Minor. There's a sense of tragic perpetuity to her "fallin' in and out of love" with the subject of her greatest hit, but the rest of us have suffered no such confusion. We were happy to watch her do her righteous thing on the VMA stage, that thing consisting of R&B alternately scathing and introspective. With a croon that fluctuates between ghostly and empathetic, she can be many things to many listeners. A-Keys recently joined forces with John Mayer on his Continuum tour, and the six-string samurai returns the favor here on "Heavy Times" and "Lesson Learned." Now, Tommy and Kid "Pebbles," if you could just shut the f*ck up and sit on your hands next time she plays her pretty songs, that'd be stellar.