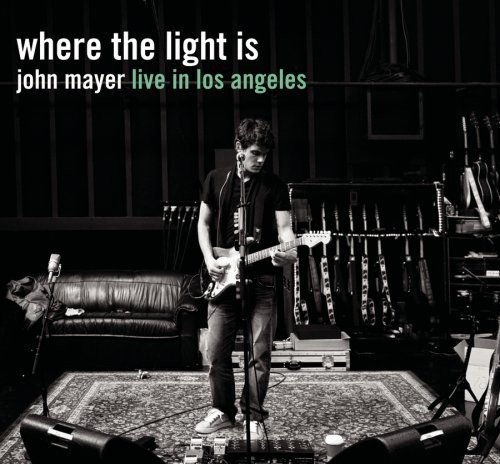 Two CD set. This album captures the multi-Grammy Award winning, platinum selling singer and songwriter in the element where fans love him the most - Live on stage! The special concert includes three sets: an acoustic performance, a rare set with John Mayer Trio (with Steve Jordan and Pino Palladino), as well as a set featuring Mayer's full band, all recorded during the night of December 8, 2007 at the Nokia Theater in LA. This album features the quintessential performer as an acoustic songwriter, electric guitar slinger, bluesman and vocalist. Highlights include many of Mayer's biggest hits, 'Waiting On The World To Change' new interpretations of cover songs, 'Free Fallen' and a previously unreleased Mayer gem 'In Your Atmosphere'.

Mayer gets his fair share of tabloid time for canoodling with the likes of Jennifer Aniston and prancing around in the lime green Borat one-piece on cruise ship getaways, which makes most of us forget what an exceptional guitarist he is. This double disc should reinforce that notion, as Mayer's evolution from "Your Body Is a Wonderland" paramour to a more confident and subtly emotive player is documented. In Stores July 1.