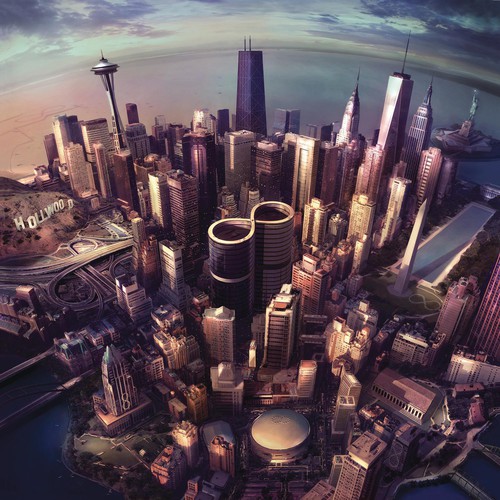 Sonic Highways
Artist: Foo Fighters
Format: CD
New: Not on Hand, let us get it for you... Used: Available In Store $6.99 Buy
Wish

Foo Fighters have confirmed that the making of their upcoming eighth album--due out this fall on Roswell/RCA--will be accompanied by an as yet untitled HBO series documenting the eight-city odyssey during which the record was created.

In the series, directed by FF founder Dave Grohl, the Foo Fighters tap into the musical heritage and cultural fabric of eight cities--Chicago, Austin, Nashville, Los Angeles, Seattle, New Orleans, Washington, DC and New York--basing themselves at a legendary studios integral to the unique history and character of each location.

One song was recorded in each city, every song featuring local legends sitting in, and every lyric written in an unprecedented experimental style: Dave held off on putting down words until the last day of each session, so as to be inspired by the experiences, interviews and personalities that became part of the process.