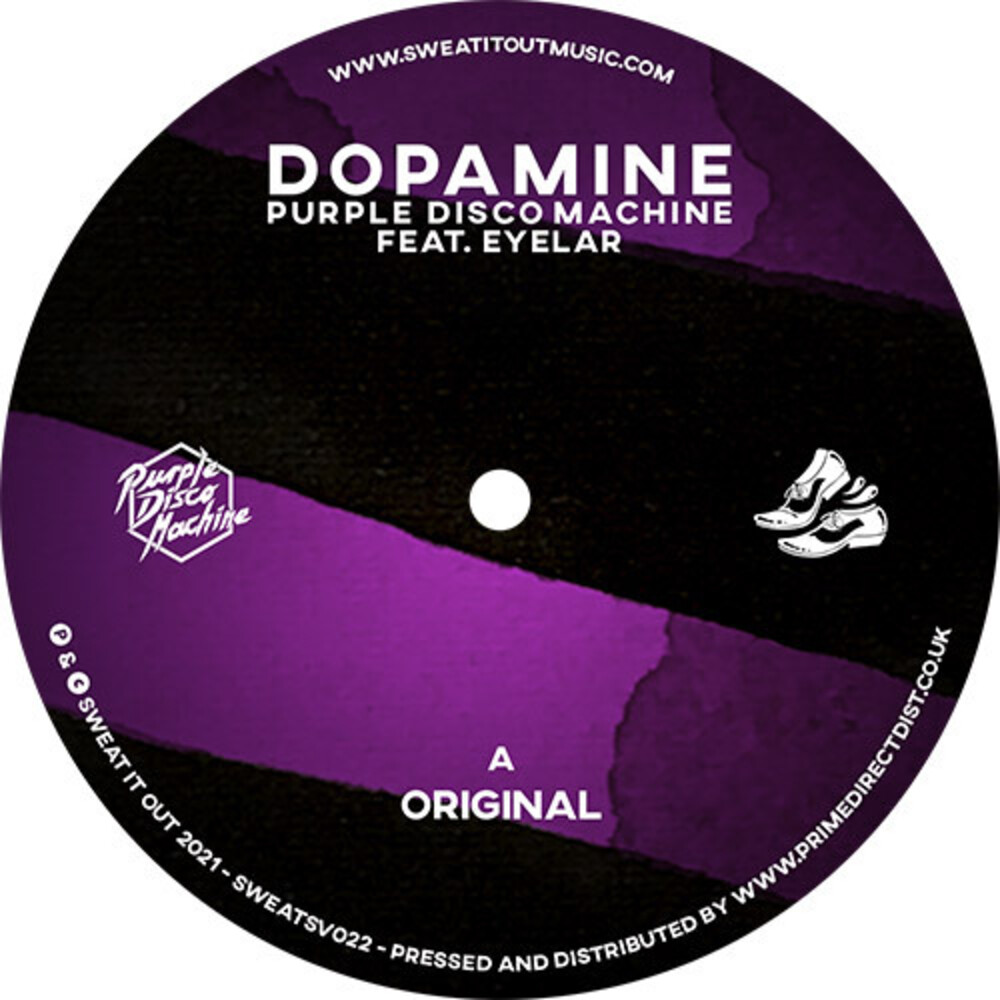 Having already released four singles from his forthcoming sophomore album, including 'Hypnotized', 'Exotica', 'Fireworks', and 'Playbox', renowned producer Purple Disco Machine delivers 'Dopamine' the fifth and final taste of the forthcoming album 'Exotica', announced for release later this year on Sweat It Out / Sony / Positiva. Teaming up with London-based, Dutch born singer/songwriter Eyelar, Purple Disco Machine treats us to 'Dopamine', a harmonious combination of Eyelar's effervescent hooks and pop sensibilities, and PDM's signature bass lines and overall funk. With just shy of 1 billion streams across his catalogue to date, and over 9 million monthly listeners on Spotify, Purple Disco Machine continues to live up to the hype of #2 Beatport Artist of All Time. 'Hypnotized' became an anthem the world over, having been streamed over 250 million times across platforms, whilst going triple Platinum in Italy, Poland and Switzerland with the carefree stylings of 'Fireworks' quickly following suit with over 80 million streams to date. The 12' includes the original version, plus an amped up 'Club Dub' version.