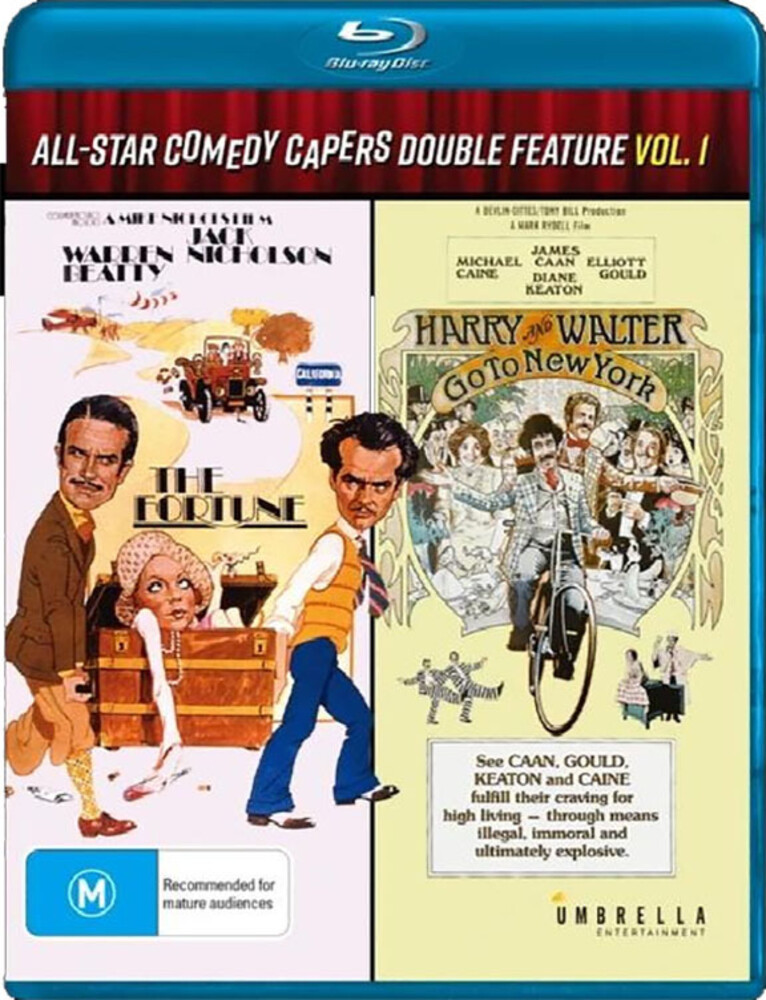 The Fortune (1975), 88 minutes In the 1920s, it is against the law to transport a woman across state lines for "immoral purposes." But Nicky (Warren Beatty), thinks he has a found a way around this by having his friend Oscar (Jack Nicholson) do the transporting for him, allowing him to later reunite with his wife, Freddie (Stockard Channing), in California. There are, however, two big problems. Oscar falls in love with Freddie, and Freddie becomes convinced they are doing this only to get to her family money. Harry and Walter go to New York (1976), 112 minutes In this rollicking period romp, Harry (James Caan)and Walter (Elliott Gould) are low-rent vaudevillians who work cons on the side. When they are arrested, they meet legendary bank robber Adam Worth (Michael Caine) in the slammer. Worth is plotting a bank heist on release. But Harry and Walter steal his plans and escape racing to get to the loot before Worth. With the help of a newspaper reporter (Diane Keaton), can they win the dash for the cash?
back to top