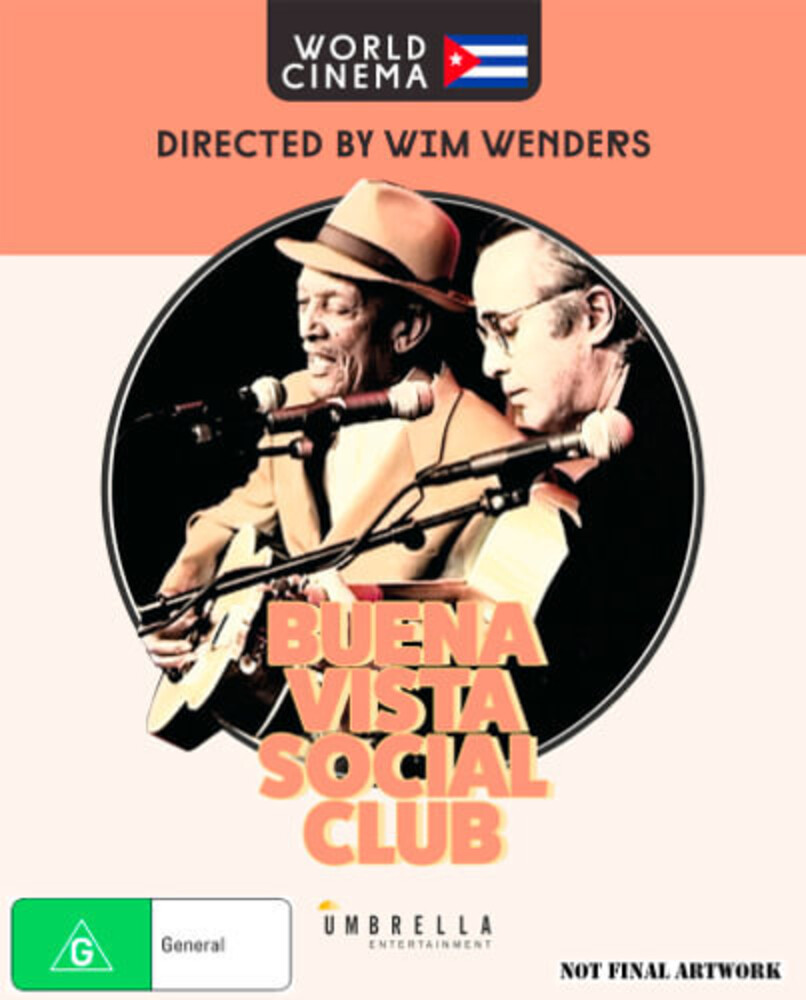 Buena Vista Social Club (1999) is the newest title entry into our brand new sub-label 'World Cinema'. This volume includes exclusive extra features and limited O-Ring packaging.With a small film crew, Wim Wenders accompanied his old friend Ry Cooder, who had previously written the music for PARIS, TEXAS, and END OF VIOLENCE, on a trip to Havana.Cooder wanted to record his material for Ibrahim Ferrer's solo album at a studio there-following the first "Buena Vista Social Club" CD (which had not yet been released at that time). Wenders immersed himself in the world of Cuban music. Over the course of several months, he observed and accompanied the musicians-first at home in Havana and then, weeks later, in April 1998, on their trip to Amsterdam for the first public performance of the band (who had never played together outside a studio) and then, still later, in July 1998, to their triumphal concert in New York's Carnegie Hall.He thus followed the old heroes of the traditional Cuban Son music on their path from being completely forgotten to becoming world-famous-within the period of just a few months. "I thought, I'll shoot a documentary," Wenders said, "and here we were, about to witness a fairy tale that no one could have imagined in this form." The music documentary became a cinematic sensation and an international success. Along with an Academy Award nomination for the best documentary film, BUENA VISTA SOCIAL CLUB won this category of the European Film Awards, the German Film Prize in Gold, Germany's Golden Camera, and the Grand Prize for Film in Brazil as well as numerous other awards.Extras:Additional Scenes "Candela" - Amsterdam Alberto Korda's Photographs "Cien Fuegos Tiene Su Guaguanco" - Egrem Studios Theatrical trailer
back to top